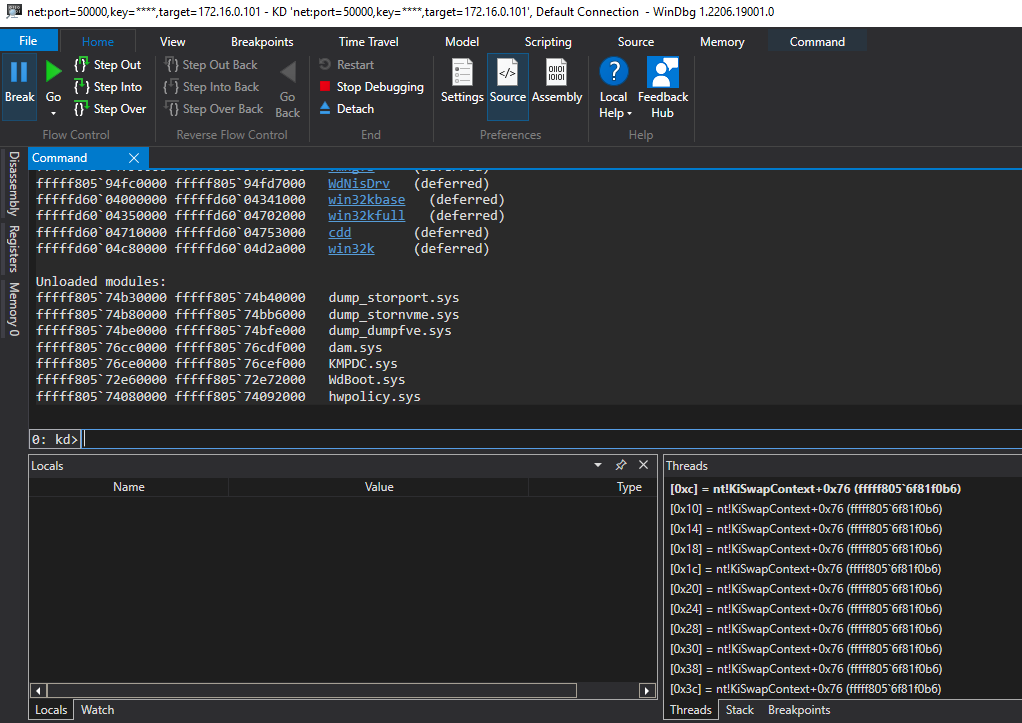 In this series about Windows kernel exploitation, we will explore various kernel exploit techniques & targets. This topic is mainly something I studied to prepare for AWE. This short first part will deal with the VM setup for the rest of the series. I can not offer downloadable VMs so you will have to follow the steps outlined here to get a comparable environment.

Then we add a TPM:

If you don’t have a Windows 11 ISO you can get a version here. Note that using Insider Preview is not a good idea since the symbols are not always fully available. After the installation is completed & all updates are installed, create a low-privileged user called user:

We also want to disable the Windows Update Service (we don’t want gadgets to change because windows updates). Now we continue to install tools we will need later on.

WindbgX (or Preview) can be installed for free from the Microsoft Store. We are not using python/mona so we won’t install it. After installing, start it once and set the symbol path in File->Settings->Debugging Settings to srv*c:\symbols*http://msdl.microsoft.com/download/symbols.

After preparing our VM, we need to clone it (Right-Click on VM->Manage->Clone) in order to get a Debugger & Debuggee VM.

At this point, you should have 2 identical VMs. On older versions of windows, we would have to modify the .vmx files in order to allow debugging via serial port – as this is all Windows 10+ we can, however, debug everything nicely via TCP/IP.

First, we set up proper networking. In my case both VMs have a NAT adapter for internet access & an additional adapter to communicate (VMNET-X):

On the debuggee VM:

On the debugger VM we just have to start WinDbgX and attach it to the kernel:

After a restart of the debuggee WinDbgX automatically attaches and breaks for us:

We continue with g and continue the startup. At this point our setup is complete and we create a snapshot on both VMs (with the debugger running). Finally to make sure everything is working we start notepad.exe on the debuggee VM & then see if we can debug it:

At this point, everything is working as expected and we can start looking at exploitation in the next post.

Note that under normal circumstances you can not load any unsigned drivers like HEVD on windows 11 – however when a kernel debugger is attached, this is not true anymore. 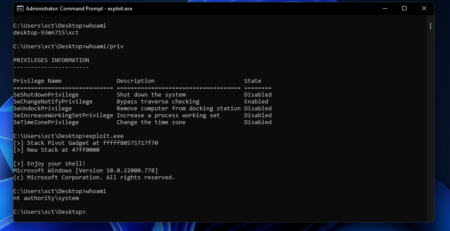 In the last post, we looked at a Stack Overflow in HEVD on Windows 11 x64, now are going to... read more 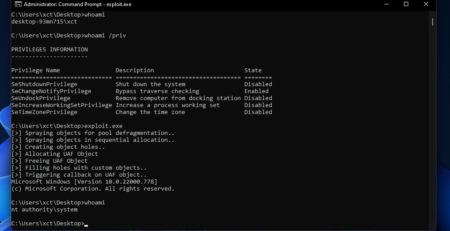 This part will look at a Use-After-Free vulnerability in HEVD on Windows 11 x64. read more 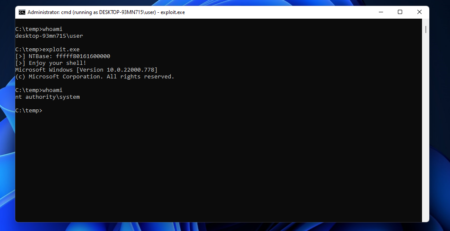 After setting up our debugging environment, we will look at HEVD for a few posts before diving into real-world scenarios.... read more 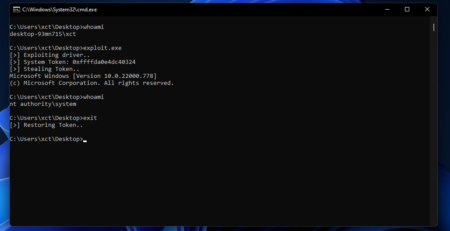 In this post, we will develop an exploit for the HW driver. I picked this one because I looked for... read more

Support me on Patreon!